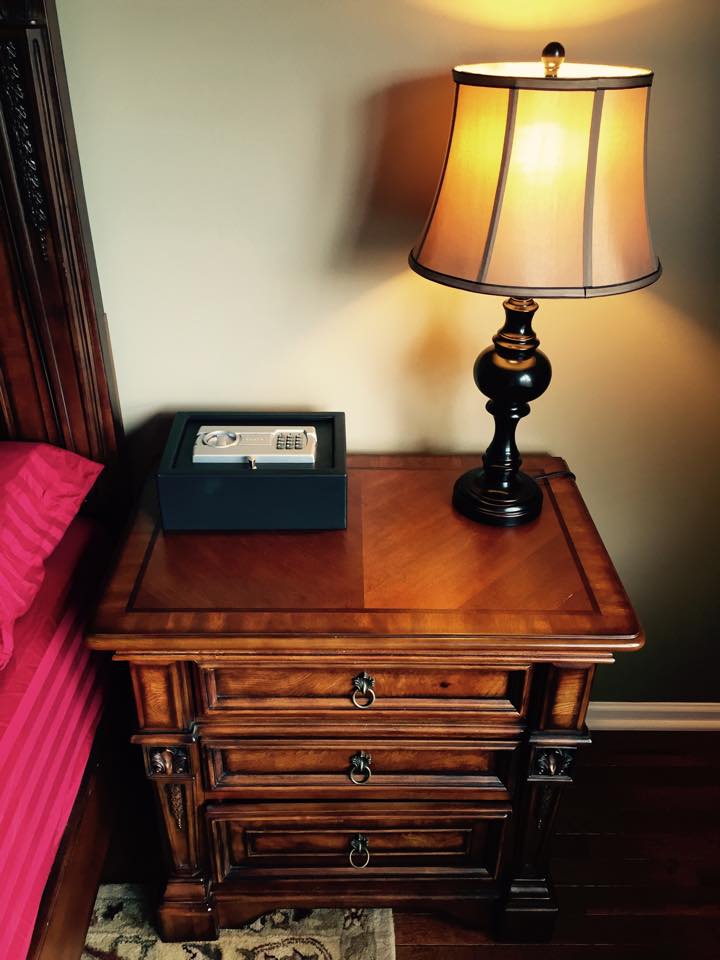 Henderson Police say they responded to a call about a shooting at the 2400 Block of Wood Drive.

When the officers arrived they found Zachary Pearson, 27, on the ground with multiple gunshot wounds.

Pearson told police he heard a noise at his door. Thinking his pizza had finally arrived, he went to answer it. But it was not the pizza guy.

4-5 men were waiting outside and forced their way into the apartment, one shooting Pearson a few times before he was able to retreat down his hallway and retrieve his own gun.

While Pearson was taken to the hospital for emergency surgery, the police continued to investigate the crime scene, determining the evidence at the scene supported Pearson’s statement.

Henderson PD also say no bullets appeared to have penetrated the walls putting Pearson’s neighbors at risk, and no one else was home at the apartment when the men forced their way inside.

Were do you keep your home defense weapon? Is it easily accessible in an event a group of men force their way into your home?

Read here about thoughts on Keeping a Gun on the Nightstand.

And leave us a comment below to let us know your thoughts on this incident.